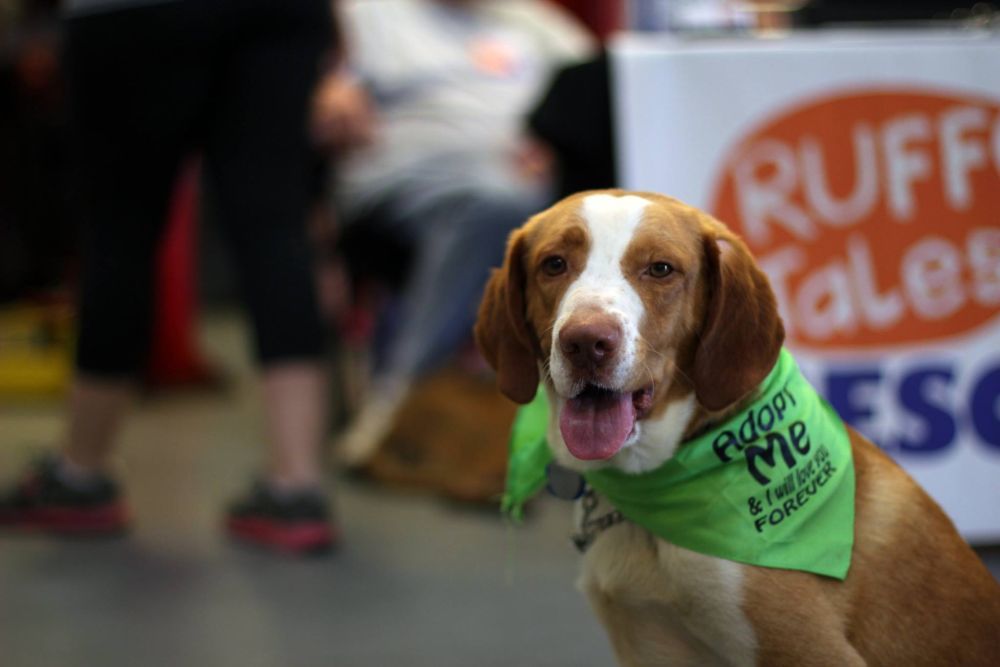 This is the fourth consecutive year the dealership has hosted a pet adoption event.

“Yet another outstanding day for over 400 families now at home with their new pups,” Louise Anderson Nicolosi, founder of the nonprofit organization Always Adopt, said in the release. “People came from Rhode Island, Connecticut, New Hampshire, Massachusetts, New York and Maine to adopt a rescue dog from the sparkling jewel, Balise Toyota of Warwick.”

More than 3,000 individuals showed up for the event throughout the day, with some lining up as early as 8 a.m. to line up for the 10 a.m. opening.

“This is still a unique New England event where so many at-risk dogs are given exposure to families wishing to adopt. Thank you to (Balise Toyota General Manager) Mike O’Connell and his amazing team for making all this possible,” Nicolosi said in the release.